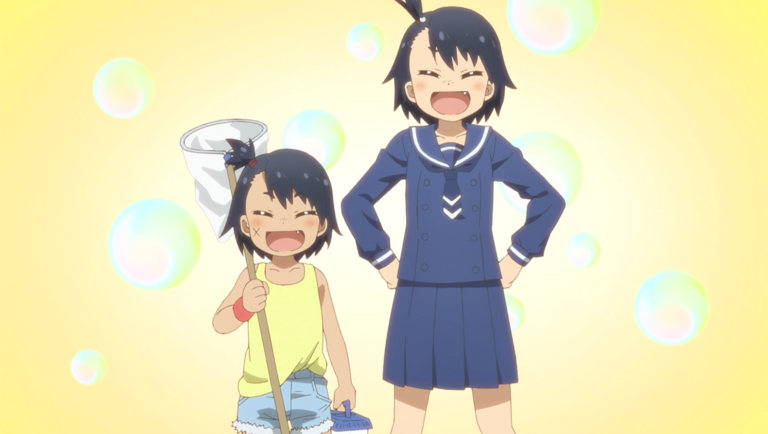 She’s the most rambunctious of the group, by a longshot. A bit of a tomboy, but still a shy girl. The most casual because of her personality of being effervescent with others. The opposite of Hina, but not morally or something. She’ll be phrased

1. without honorifics, calling people first by nicknames then by first names. A “proper” Natsumi means someone’s present she’s not too familiar with (which basically never happens in this manga, fyi).

2. Someone using bright language that’s quick and short. Lots of consonants when available and vowels that bring a smile to your face when spoken. Her version of the dialect will be constant use of contractions and more childish anagrams. In cases like “-ing” she won’t pronounce the “g” and it will be replaced with an apostrophe. However, in cases where the contraction ends with a consonant, that will not be replaced with an apostrophe (can’t, don’t, etc). I want her to be heard when she speaks!

3. By the same token, just because this is a dialect, it doesn’t have to maximize constant use of every colloquialism in the book. That’s annoying to read. Plus, she’s a highschool girl who enjoys attention and watches broadcasts. She’ll be casual and a bit curt, but not oblivious to her presentation.