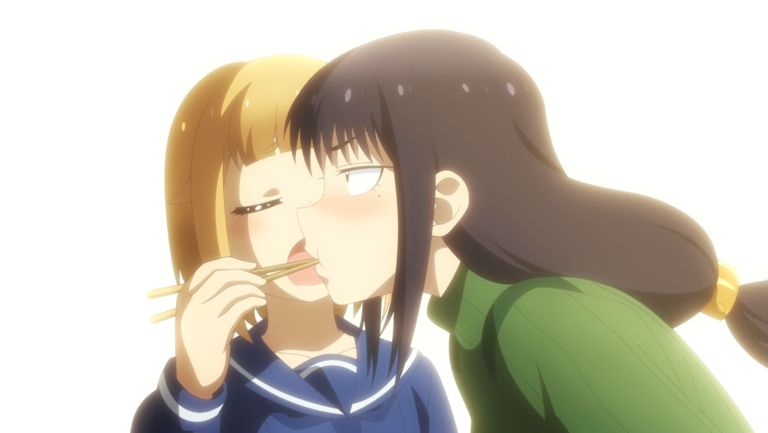 club advisor, school nurse, cake. Well educated but irresponsible when it comes to her own needs…and little affront if placed in a tight spot. Given her adult role and the fact that she’s a medical professional gives me license to be more “regular” in her speech, too. Though, her habits tend to steer her away from such language…

1. She’s still from the countryside, but that rarely comes across, so she’ll read how she needs to read. When sober, she’ll be erudite, relatively polite and respectable. When drinking, she’s slovenly. Her “drawl” is literal slurring due to being incapable, not accent (though she not rarely in such a state, so don’t expect this often).

2. But, due to her character as a bit of a single slob, she’s fairly desperate, too. Especially when confronted with Yuuki. While she will try to take a more commanding tone, that can be easily shattered with the right reminder or new-scene. She won’t be pathetic, just easily accepting of her flaws and what that means to her general subjugation. She has a role to play, so she plays it.

3. She is invested! She’s not just some loser who shows up every so often to steal the girls’ fish! She brings help and structure, and this will be reflected by her use of language that isn’t overly distant but also clearly defined between child and adult.